On its first flight, AMF VII rolled to the left on takeoff and crashed. The plane suffered too much damage to be fixed and fly again. Therefore, AMF-VII was not able to complete a full flight and the team received no flight score. Still, the combined report and oral presentation score gave AMAT 69 points, the best score in 4 years.AMF-VII had a few design changes from previous planes. First was the use of an aluminum honey-comb flat-plat fuselage, which all the other pieces of the plane bolted to. It was intended to simplify production of the fuselage and allow better access for attaching the wings, payload box, and landing gear.

Second, the wing attached with a saddle, making assembly easier, but removing airflow from the root of each wing.

Third, the spacers of the double wing arrangement sat underneath each element, rather than in between. In spite of the crash, only one of these spacers was damaged.

Finally, there was no gearbox to reduce the gear ratio of the motor.

The wingspan of AMF VII was 82 inces and it had a length of 89 inches, standing about 30 inches off the ground. The plane had an on board data acquisition system for recording takeoff and landing rollout distance. One new requirement for the 2011 competition was to have an on board breaking system, which AMAT applied to the main landing gear wheels.

As with previous years, the main wing and tail were made from foam wrapped in carbon fiber and kevlar for strength. The plane used only an elevator and rudder for stability and was designed to be statically stable during cruise.

AMF VII was predicted to be able to lift up to 35 pounds. Unfortunately it never got the opportunity to try. For comparison, the most payload lifted by any team was 40.7 pounds (Warsaw University of Technology, Advanced Class), with the next highest being 35.2 (University of Cincinnati, Regular Class). Here are the results for the Advanced class in SAE Aero Design East. 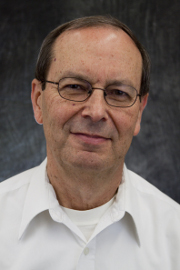